This edition of the letter is an example of inspiration coming from an unexpected place. That place? A particular album by a particular music group. I hope you enjoy the product of that inspiration.

Over the 2019 Christmas holidays, I reached a point at which I needed some time to myself. With my wife and daughter off doing something one afternoon, I settled in with a mug of green tea, a book my wife gave me for Christmas, and some music.

One of the albums I listened to was Tokyo by Marconi Union. The album is a musical evocation of the city, a city that the members of the group have never set foot in. They only know Tokyo through the media. As the tracks drifted into my ears, images and sounds of the city formed in my brain. A little while later, I realized that while I've been to Tokyo, I have only slightly more direct experience with the city than Marconi Union does.

Back in the early 1990s, I spent about three months travelling around Japan. In the 80-odd days I spent in the country, only a couple of those days were in Tokyo. And, to be honest, I couldn't wait to leave the city while I was there.

For many people, Tokyo is Japan. The city represents and encapsulates everything they know, or think they know, about the country. At that time in my life, Tokyo held no appeal for me.

Tokyo is big. It's loud. It's bright. It's both orderly and chaotic. In each of the moments that I spent within the confines of the city, I felt overwhelmed by it all. I felt confined. By the sheer scope and size of the place. By Tokyo's vibe and energy, which really didn't resonate with my own. By everything about Tokyo that makes the city what it is and what people ascribe to it.

At that time in my life, Tokyo struck me as being too much.

During my travels throughout Japan, I preferred the grittiness and grime and scrappy character of Osaka, the former commercial centre of the nation. A city that didn't seem to care about what the rest of Japan thought of it. A city with as many nooks and crannies and wonders as Japan's modern capital. A city that embodied a lot of what Japan was about, but without Tokyo's brain-splitting rush.

I was more in tune with Kobe, a quiet-ish port city in the western part of the country. I wouldn't go so far as to say Kobe is pastoral, but there are so many places in which to escape the city's hustle and bustle. I could wander around the quiet streets of suburbs like Ashiya or Amagasaki or Nishinomiya. I could retreat into the mountains surrounding the city, maybe grabbing a pizza and a beer at a little restaurant I stumbled upon while walking in the Mount Rokko area.

I could go on about the other cities and towns in Japan that drew me in both physically and emotionally — cities and towns like Kyoto, Nara, Kumamoto, Himeji, Beppu, Oita, and so many others. Those cities had one common characteristic: they bore little resemblance to Tokyo.

Earlier in this musing, I wrote that Tokyo represents everything about Japan to many people. Maybe that was the problem. I innately knew that there was more to the country than a sprawling metropolis of millions of people. I wanted to see and experience more of the rest of Japan. More than the vastness of Tokyo could, and can, offer.

There's a lesson here, I believe, for all of us. That there are experiences we're not ready for — whether psychologically, spiritually, or emotionally — at certain spaces in time.

I don't know if I'll ever travel to Japan again. If I do, I'll be sure to include a long stop in Tokyo. To explore. To discover. To marvel at the city's size and shape. To experience the wonder of a city that I wasn't ready to embrace in my younger days. 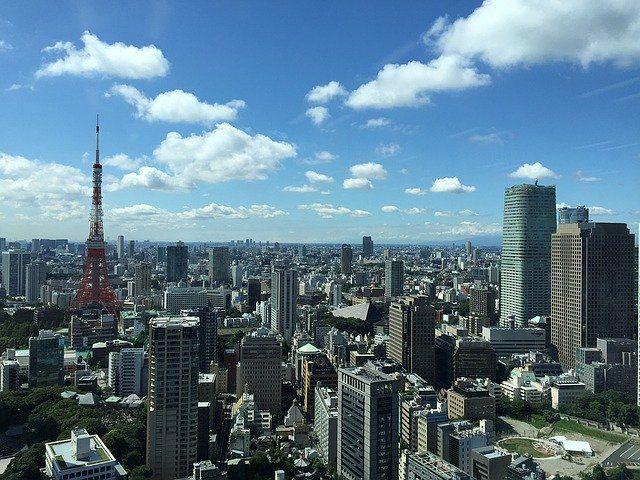 Image by yellowmagics9 from Pixabay